Now that we have ample Medicare final claims processed for the first quarter of Calendar Year (CY) 2015, I was curious to see how the Medicare case-mix weights and revenue were impacted, relative to the Home Health Final Rule published on November 6, 2014.

Based on SHP’s national database, I compared the CY 2014 overall Medicare revenue per episode against the Q1 2015 data."

Overall, CMS was expecting the revenue impact to be a negative .3% across all agencies. Based on SHP’s national database, I compared the CY 2014 overall Medicare revenue per episode against the Q1 2015 data. Interestingly, the overall revenue increased 1.24% rather than decreased. The final rule also noted that LUPA rates would increase by 5.6% and based on our data, the rates have increased 5.0%.

A plethora of changes went into the final rule, including case-mix weight adjustments for each of the 153 HHRGs, completely new Clinical and Functional scoring thresholds, and the blending of the new Core-Based Statistical Area (CBSA) designations, among others. I heard from many agency CFO’s the difficulty they had in budgeting for these changes. Hopefully, by now you have had a chance to see how close to budget you are performing.

Given CMS’s negative revenue projection, this implies they expected the case-mix weights would be lower than the CY 2014 run rate."

The Medicare case-mix weight changes are a little harder to analyze. There was no corresponding CMS schedule highlighting these changes as there was for the revenue changes. In the final rule, the 2015 National Standardized 60-day Rate did include a case-mix budget neutrality factor of 1.0366. The overall base rate increased 3.2% when including this factor. Given CMS’s negative revenue projection, this implies they expected the case-mix weights would be lower than the CY 2014 run rate. In fact, using the SHP database, the Non-LUPA case weights did decrease by 1.62%, a little less than I was expecting. I wondered if the changes were consistent across the country, so I compared the non-LUPA case-mix weight changes by Census Region. The table below shows the results. 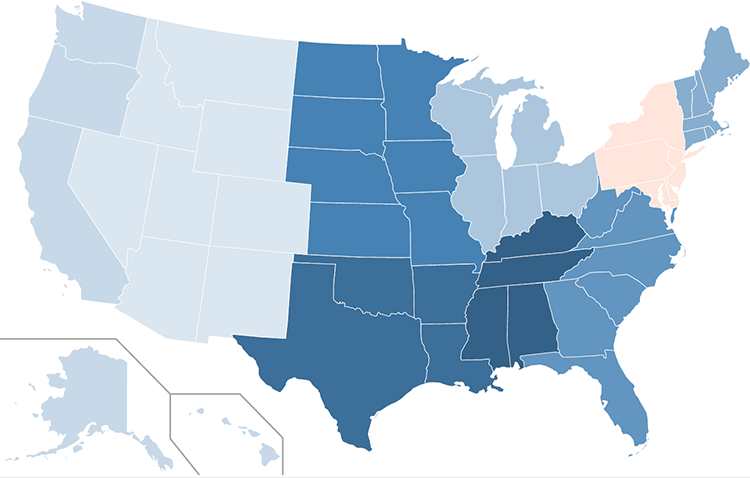 It is noteworthy that the one region, Middle Atlantic actually saw an increase in case-mix weight. This region also had the lowest case-mix weights in CY 2014 to begin with. How were your agency results in the first quarter? SHP clients can use the Financial Executive Advantage – LUPA Metrics report to see both the Non-LUPA and LUPA revenues/episode and case-mix weights in comparing to SHP’s state and national benchmarks.

Chris Attaya
Vice President, Business Intelligence
With more than 28 years of experience in the Home Health and Hospice industry, Chris joined SHP in 2014 and is responsible for product development and helping clients achieve increased operational and financial performance.